Here for your company, day or night

With over 80 years in the industry, we've seen it all, and we understand the frustrations of malfunctioning parts and machinery failure.

Interruptions to production, urgent last-minute needs for cable or conduit, blown fuses in the middle of a critical project, or a quick refresh of motor control to ease your mind are all equally crucial situations in our eyes.

When you need us, we are here for you, no matter the time of day or night. With 175 dedicated employees, six locations, and a fleet of 15 trucks, you have our support 24 hours a day, seven days a week. 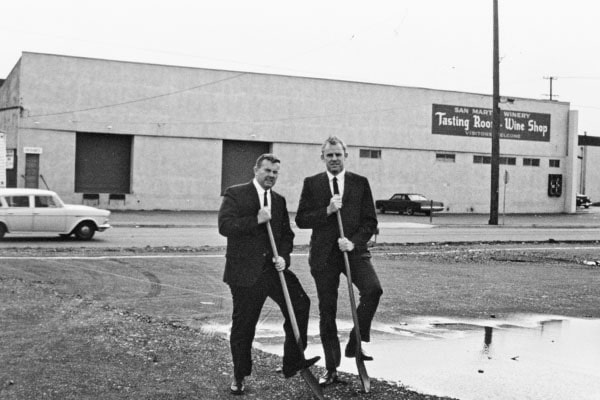 Push Your Operation to the Next Level

We understand you want and deserve more than just a parts supplier. You want a team you can consult with to find the best solutions and products for your needs. More than a SKU in your database, we operate as an integrated service provider vital to your operations. We find the right parts and recommend integrated solutions to prevent future problems and headaches. At Buckles-Smith, our complete service packages offer you, our customer, overall cost savings as well as time saved.

Tap into solutions provided by our experienced team.

More Than a Supplier

Buckles-Smith delivers more than products. We deliver solutions. By partnering with Buckles-Smith, customers become part of a family that has built a Northern California legacy. For more information or to speak to a Buckles-Smith Representative, visit our Contact Page today.

Buckles-Smith has the largest distribution center in Northern California, stocked with electrical supplies focused on the industrial and facilities maintenance, repair, and operating customer needs.

"Buckles-Smith did an initial (inventory) study and determined what low- and high-volume parts were needed, and how often they were used. Right away we saw an immediate savings in inventory spending, which reduced our exposure. Overall, I'd say they have saved us more than 25% in inventory costs."

Serving Northern California for Over 80 Years

Silicon Valley didn't exist in 1939 when Mr. Buckles and Mr. Smith started Buckles and Smith. Two men saw an opportunity to deliver electrical parts to local manufacturing and production plants in San Jose. At the time, the valley was thriving with orchards, farms, and food production. With their single truck, two men supplied parts to farm water supply and food packaging operations. In 1941, Henry J. Kaiser contracted Buckles-Smith to provide the supplies needed to build a cement plant. From that point on, Buckles-Smith continued to grow organically. The electrical distributor acquired Diablo Electric in 1992, State Electric in 1995, Electrical Materials in 2002, Plough Electric in 2013, Royal Wholesale and CED Electric in 2016, and most recently, Allied Electric in 2018. What started with two employees, one truck, and one location evolved into the distributor it is today.

Operating in Northern and Central California, Buckles-Smith remains true to its original vision: providing consolidated, on-time delivery of electrical power, automation, and control products. Today we are one of the largest electrical distributors in the western region and we continue to operate based on our core values. At Buckles-Smith, we call these values "The Four Pillars".

Buckles-Smith is ranked in the top 100 electrical distributors by revenue by Electrical Wholesaling magazine with locations throughout Northern California and over $20 million in local inventory. We are the oldest and most experienced distributor in Northern California, and we also are the leading independent supplier of local stock. 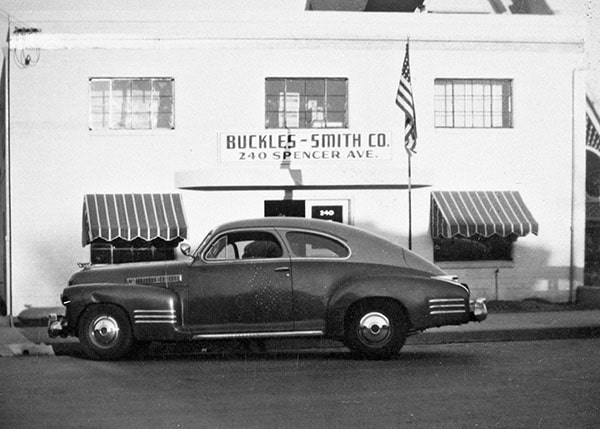 Comprehensive Solutions to Your Business Needs

Buckles-Smith offers various solutions to your business needs, from Industrial Assemblies to Enclosure Modifications and Supply Chain solutions. See some of our capabilities:

Downtime is a huge burden for automotive manufacturers, costing anywhere from $60K to $100K per minute. Partnering with Buckles-Smith helps you identify ways to improve efficiencies and maintain maximum uptime with a data-driven approach to electric vehicle operation.

By optimizing your process you gain the ability to scale your electric vehicle operation. We help guide you through auto production best practices and help you manage infrastructure and supply chain design. We can connect your operations to help your staff make better decisions with the correct data.

Buckles-Smith is an ISO 9001 certified company, which distinguishes us as a company dedicated to meeting customer expectations and commitments, developing a competent and skilled workforce, representing and producing quality products, and ensuring continuous improvement.

Our objective is to help you run your facility at optimal performance. We offer site audits in the following areas:

Beyond product application help, we provide a variety of services, including:

Learn more about the individuals on our experienced Automation team. With all their years in the industry and various backgrounds, they are ready to provide customer solutions.

Our Line Card showcases the industry's best brands, the brands you need to keep your facility running. No other supplier can offer one-stop shopping of the leading brands exclusively offered by Buckles-Smith.

We service many of our customers through the national account relationships of supplyFORCE. See more about how we can help you as a member of the supplyFORCE National Accounts program.

This website uses cookies to improve your experience while you navigate through the website. Out of these cookies, the cookies that are categorized as necessary are stored on your browser as they are essential for the working of basic functionalities of the website. We also use third-party cookies that help us analyze and understand how you use this website. These cookies will be stored in your browser only with your consent. You also have the option to opt-out of these cookies. But opting out of some of these cookies may have an effect on your browsing experience.
Necessary Always Enabled
Necessary cookies are absolutely essential for the website to function properly. This category only includes cookies that ensures basic functionalities and security features of the website. These cookies do not store any personal information.
Functional
Functional cookies help to perform certain functionalities like sharing the content of the website on social media platforms, collect feedbacks, and other third-party features.
Performance
Performance cookies are used to understand and analyze the key performance indexes of the website which helps in delivering a better user experience for the visitors.
Analytics
Analytical cookies are used to understand how visitors interact with the website. These cookies help provide information on metrics the number of visitors, bounce rate, traffic source, etc.
Advertisement
Advertisement cookies are used to provide visitors with relevant ads and marketing campaigns. These cookies track visitors across websites and collect information to provide customized ads.
Others
Other uncategorized cookies are those that are being analyzed and have not been classified into a category as yet.
SAVE & ACCEPT
Scroll To Top